Indoor rowing is deservedly regarded as a superb method of building cardiovascular fitness and all round muscular endurance, which is great news for anybody wishing to get and stay fit.

However, as we become an increasingly ageing population, it’s more important than ever that the exercise we do confers us with health as well as fitness benefits. The bad news is that modern Western societies are facing an unprecedented epidemic of osteoporosis, a bone disease that wreaks havoc in the lives of those it affects. The good news is that new research demonstrates that indoor rowing could be the perfect way to maintain bone health.

No one exercise can ever be perfect, but rowing is probably as close as it gets!

Osteoporosis is a serious and growing health problem, which will affect many people as they enter the later years of their life. A healthy lifestyle can play a major role in reducing the risk of osteoporosis and one of the most powerful ways to achieve this is by ongoing, regular physical exercise sustained throughout mid and later life.

There’s a common misconception that only weight bearing and impact type exercise can effectively build bone, but this is not true. Any exercise that loads the bones sufficiently can increase bone mass. 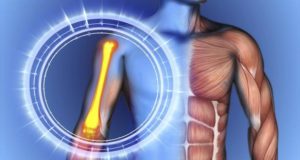 Numerous scientific studies have confirmed that rowing fulfills this criterion and is an effective means of building BMD. Moreover, it offers other benefits; it’s especially effective at building spinal BMD, it helps increase lean body mass, which is also associated with increased BMD and also develops muscular strength and power, which may help to reduce the risk of falls in the elderly. A further advantage is that rowing is kind to joints and cartilage, which is another advantage for the older person. No one exercise can ever be perfect, but rowing is probably as close as it gets!